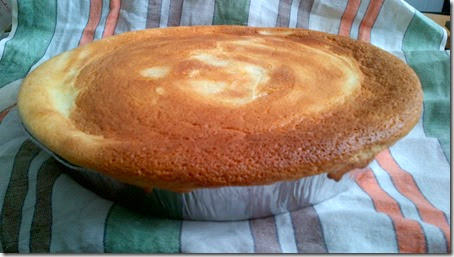 And no, they’re not both cheesecakes… although one is; a special all-Israeli cheesecake for which you can find the recipe a bit further down.  And okay, both are dairy-based; sorry to anyone who can’t have dairy at this very milky time of year…

(In fact, since I started to write this, my husband decided to make a classic North American lemony cheesecake, deapite my predictions of doom that it wouldn’t work with Israeli cheese… so we may end up with three cakes.)

With all of my dooming and glooming about baking in Israel, I was happy to receive a recipe from my ulpan teacher on Sunday night which she guaranteed would work with Israeli ingredients – given that she’s never baked it anywhere else.  I figure as an old dog making aliyah, it’s time for a new trick… with cheesecake.

Except, except, except… her cheesecake doesn’t have a crust.  Heresy!  I couldn’t bake a crustless cheesecake.  Honestly, I was about to pour it into the pan (#26, according to her instructions, which took some measuring, because I’d never heard of this size before), when I broke down and decided I simply couldn’t do it.

Hence, a last-minute, Lotus biscuit crust.  If you have never had Lotus / Biscoff / Speculoos biscuits before, you must.  I was already dreaming of them before we got here, having read on several baking sites that they are simply delicious.  Indeed, I found a copycat recipe a number of years ago and tried to recreate them, but really, they were nothing like the real thing. 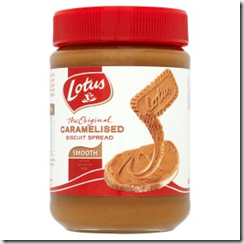 Trust me, this is a cookie people love so much that they made it into a spread.  So if you’re eating a biscuit that isn’t a Lotus, you can “convert” it with a dab of spread!)

Anyway, we had a bunch here, but the catch is that they’re individually wrapped… which meant individually unwrapping about four dozen of the things to make a crust in my #26 pan.

As you can see in the picture above, the cake was already completely mixed.  Like I said, I was about to pour it into the naked tinfoil pan, but simply couldn’t do it.  So the cheese part waited while the crust baked.

At last… time to pour the cheesecake stuff in.  Waah!  Even without a crust, this would barely have fit in the pan.  Maybe I did something wrong…?  But I sampled a bit to make sure it was yummy before slipping it into the oven, so I think it’s okay.

Lucky for you, I have transcribed it below so you can try it out yourself without needing to squint through my Hebrew handwriting.

But what about the second cake?

It wouldn’t be Shavuos without an old cake, a familiar family friend.  And the most familiar of all is my Grama’s Neapolitan Cake.  Which sounds all hoity-toity, unless you think of it (as I do) as “pudding-cookie cake.”  Really – it’s just pudding and cookies; it really is that simple.

STEP 2:  Slop some pudding onto them… and sprinkle with toasty almonds so it doesn’t look like so much something a child made:

And for the “new” cheesecake recipe from my ulpan teacher Galya… well, read on.

(if you try to make this outside of Israel, your results may vary)

(one HUGE cheesecake, as demonstrated by my husband)

NOTE:  I haven’t made the “krem” yet and can’t vouch for its yumminess!

For more information about Shavuos, please check out:  Shavuos Adventures from Adventures in MamaLand.  The adventures you’ll find there include…