Showing posts from September, 2017
Show all

If you didn’t know any better – like I didn’t when we first came here – you’d probably assume, with good reason, that both of these tins contained condensed milk: But that’s where you’d be wrong.  Sure, at least at first glance, the Hebrew text is exactly the same: חלב מרוכז וממותק / chalav merukaz umemutak / concentrated sweetened milk.  But the English is different, and therein lies the key difference between the two – the one on the right is FAKE. Here are the ingredients of the real thing (on the left): Milk (55%), sugar (45%).  That’s it.  Pure and simple. Now, here are the ingredients
Post a Comment
Read more 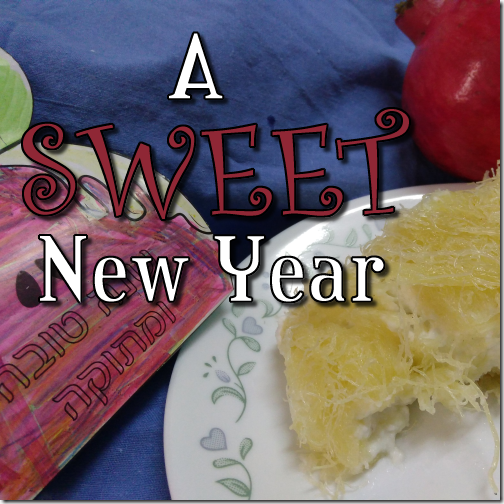 Sick of pareve desserts for yom tov?  Ready for something a little less ho-hum?  I love my classic Second Helpings cookbook honey cake to death and look forward to it almost all year (it has a cup of sugar, 1 1/4 cups of honey, and a cup of coffee – what’s NOT to love????).  But sometimes… you just want something creamy.  Usually, my grandmother’s Neapolitan Cake fits the bill very, very nicely, and I totally recommend it if you haven’t tried it already. Usually, a few of our Rosh Hashanah meals are dairy, because especially when it’s bumped right up against Shabbos like it is this year, it’s just TOO MUCH MEAT.  The fact that we can have dairy desserts is a totally wonderful bonus.  While there are a couple of specialized ingredients in this dish (kadaif noodles – see below; rose water) but beyond that, this super-special Israeli dairy dessert is also super-easy to throw together. Here’s a dessert that was new to me before we came to Israel which plays on this region’s love
Post a Comment
Read more 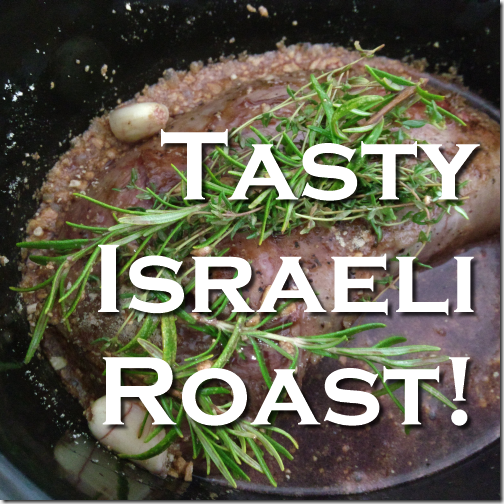 I wasn’t a big meat cook in Canada.  We ate a lot of chicken, but I was kind of shy about beef.  Still, I managed to make some acceptable roasts from time to time – meat that was tender enough and tasty enough that we could enjoy it together on special occasions. All that changed when we moved to Israel, where all the meat cuts are different from what I was used to and nothing, it seemed, was tender and tasty except the most expensive bits, like steak (which always seems to turn out tough when we make it at home, but we don’t mind because it’s delicious). But some of the English speakers here were chatting on our WhatsApp group last week about roasting beef, and it made me really want to try it again –even after having been burned numerous times.  So on Thursday evening, we bought a nice little #6 roast, which according to this indispensible meat chart is called Fillet Medumeh (פילה מדומה), petit tender, or foreshank.  The page's owner, Marc Gottlieb, says it’s good for “G
Post a Comment
Read more 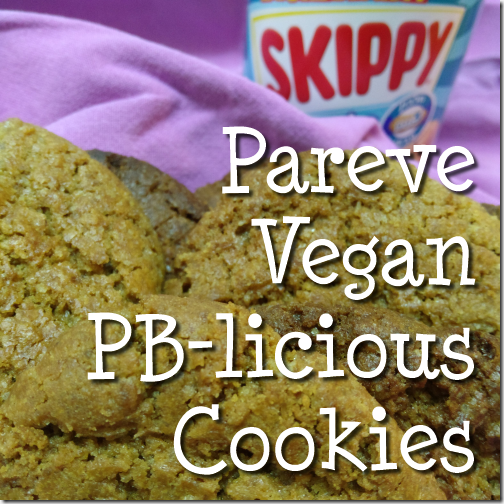 Vegan guests coming for Shabbos dinner?  No problem!  Forget trying to make or buy some kind of special vegan dessert.  Try this adaptation of a classic favourite – your family will probably never notice the difference!  If you’ve got these SIX magic ingredients (not counting water; you do have water, right?), you’ve got what it takes to make these awesomely delicious peanut-butter cookies.  They’re butter-free, margarine-free, and you can control the amount of sugar by choosing a healthier brand than the fancy name-brand sugar-added peanut butter than I have used here.  Because this recipe is so incredibly simple, it would also be a good one to play around with.  Try adding chocolate chips, if that's your thing (and whose isn't it???), or little jammy thumbprints.  If it comes out great, let me know! Ready? Here are these SIX magic ingredients… Kosher Vegan Peanut-Butter Cookies (Adapted from Spoon University ) (makes 20 generously-sized cookies) What you’ll ne
Post a Comment
Read more
More posts