Bakes brownies FAST and HOT and cools them in an ice bath. 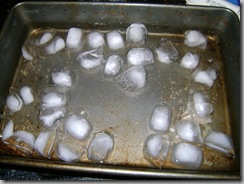 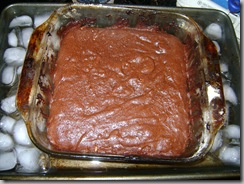 This IS the secret. 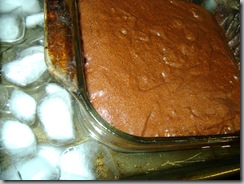 Here’s the basic recipe (I use only 1 cup of sugar).

Instead of the cake-y brownies we’ve had in past, the ones in the picture were baked for 15 minutes at 400°F.

The TRUE brownie snob also knows that since brownies like these consist of equal parts butter and chocolate, and that at 4 ounces each, there’s almost TWICE as much of either ingredient as there is of flour, there is absolutely no point in trying to make GREAT brownies with anything other than pure butter.

But I’m sure you knew that already, right?