Is your couscous Israeli? (Are you sure?) 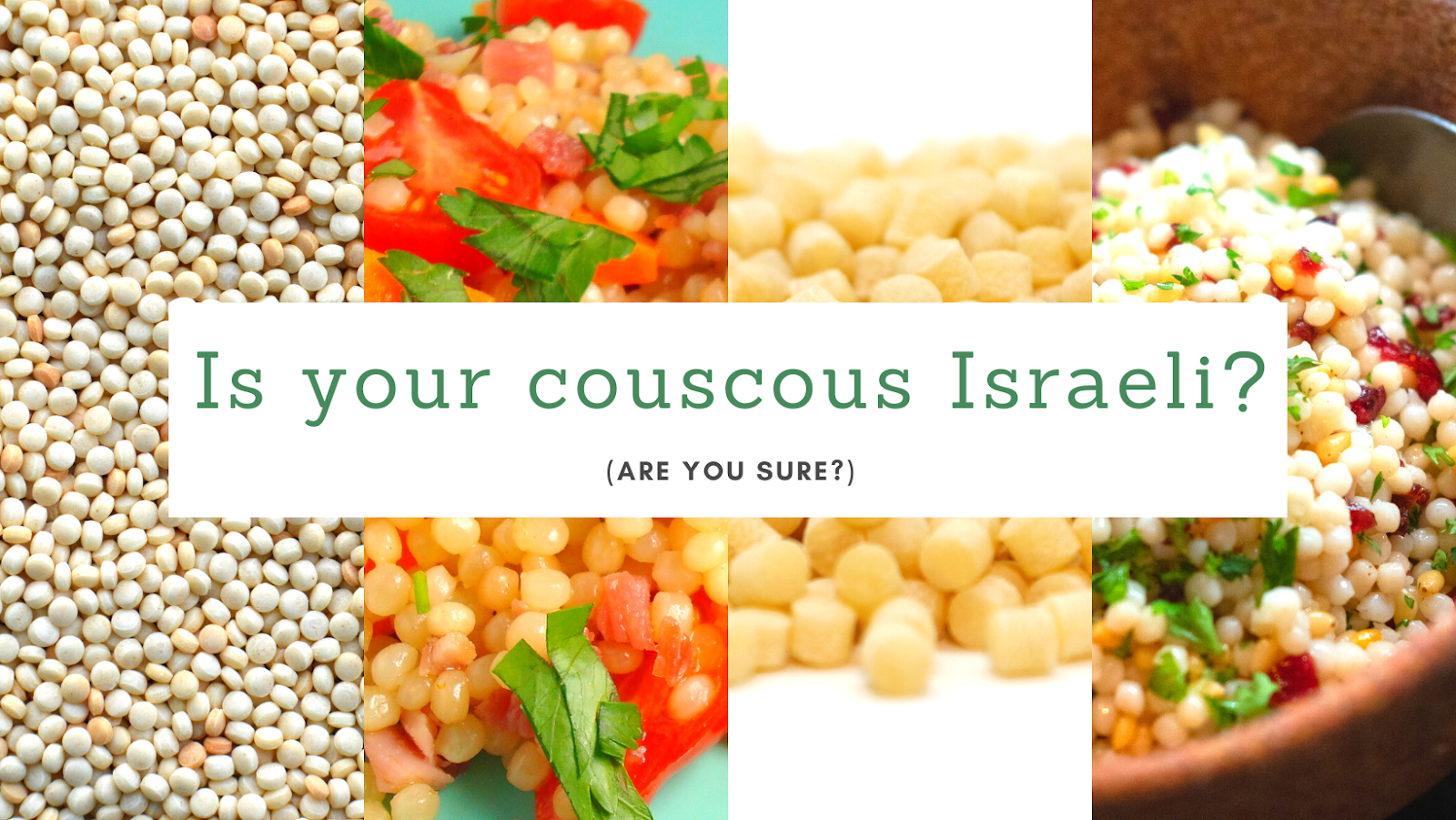 Last week, I happened to spot this item in our Israeli kids’ magazine. Don’t worry, I’ll translate it down below. 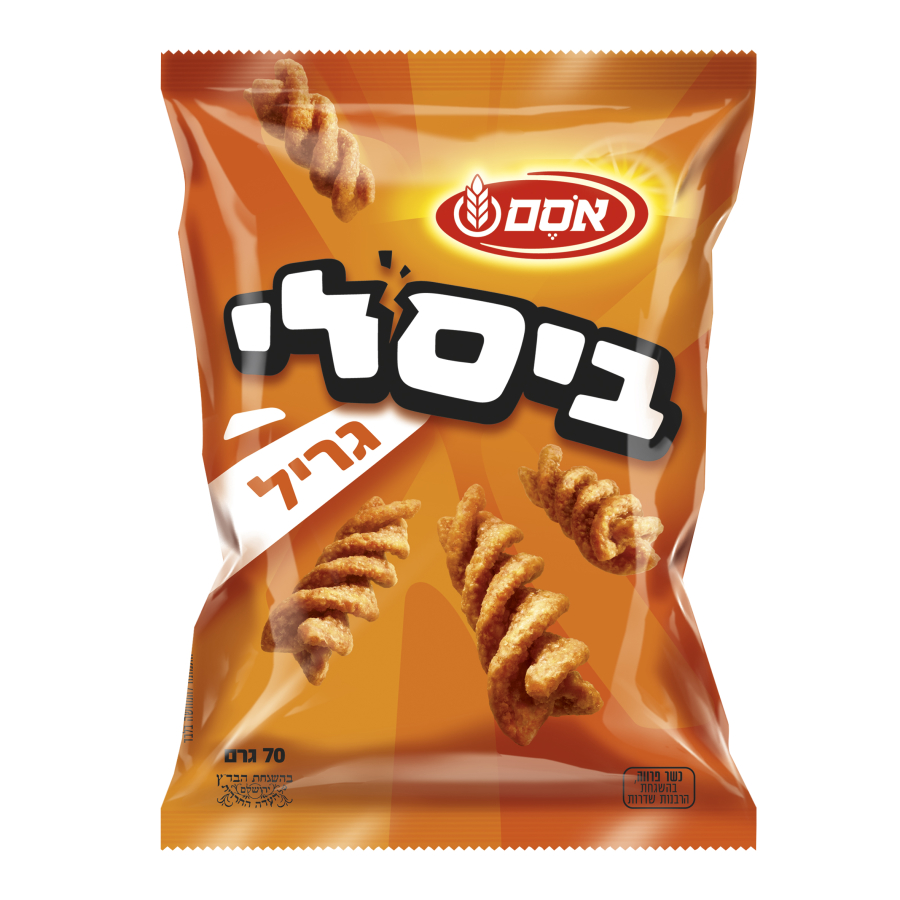 Wallah? Amazing fact of the week

In all kinds of places all over the world, they sell a food called “Israeli couscous,” which actually has no connection with couscous. It’s actually just פתיתים / petitim, which are indeed an Israeli invention from the 1950s.

And we say to the world: Wait ‘till you discover the amazing thing we call Bissli Grill (BBQ flavour)!

Of course, it’s not quite true that there’s NO connection with couscous.

Both couscous and Israeli couscous (petitim, which just means “flakes”) are made from semolina flour and water. It’s just a matter of what you do with it from that point.

The production process for “real” couscous involves adding water to the semolina flour, rolling it around (traditionally with your fingers, but these days, by machine), then run it through a sieve to get pieces of the right size. It ends up looking very much like a grain (like bulgur)– but it isn’t. Because the grains are so tiny, real couscous cooks almost instantly once you add boiling water, making it a delightful suppertime side in an emergency.

couscous is available in three grades: fine, medium, and coarse (respectively, דק/dak, בינוני/beinoni, and גס/gas). I think this is just a matter of personal taste. Here’s an example of Osem medium couscous, but there are a whole bunch of brands.

Producing Israeli couscous, on the other hand, is much more like pasta, where the semolina is thoroughly mixed with the water to create a firm dough. The dough is then extruded through a round mold, giving it the familiar round shape, and finally, toasted to make it yummy:

In fact, Israeli couscous is very much like another familiar Jewish pasta: farfel. While I don’t make farfel all the time, I have, and it’s supremely easy, and delicious when homemade. Though it can be hard to stop the kids from eating it between the toasting and cooking phases. 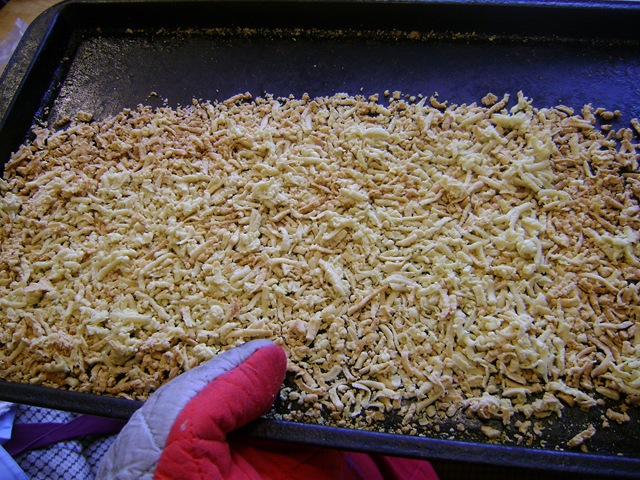 (this is a farfel batch I grated in the food processor – these days, I mostly grate it by hand, which I think gives a more delightful texture…)

So you’re probably wondering – how did petitim come to be known as “Israeli” couscous?

Well, like the post says, they’re an Israeli invention – kind of. In fact, there’s a traditional Italian pasta known as “scucuzun” (which sounds suspiciously close, don’t you think, like they’ve just mixed up the letters?).

But Israeli couscous does have a very Israeli history – as explained on this package:

“Did you know? The beloved petitim were invented during the austerity period [the 1950s, when the brand-new and beleaguered country was inundated with immigrants from all over the world] during a shortage of rice. The prime minister then [David Ben-Gurion] asked the Osem company to create a wheat-based replacement for rice. So were born the first petitim, in the shape of rice, and called “Ben-Gurion Rice.”

Today, you can still get petitim in the shape of rice, or the more traditional round ball shape. But nobody in Israel actually calls it Israeli couscous. 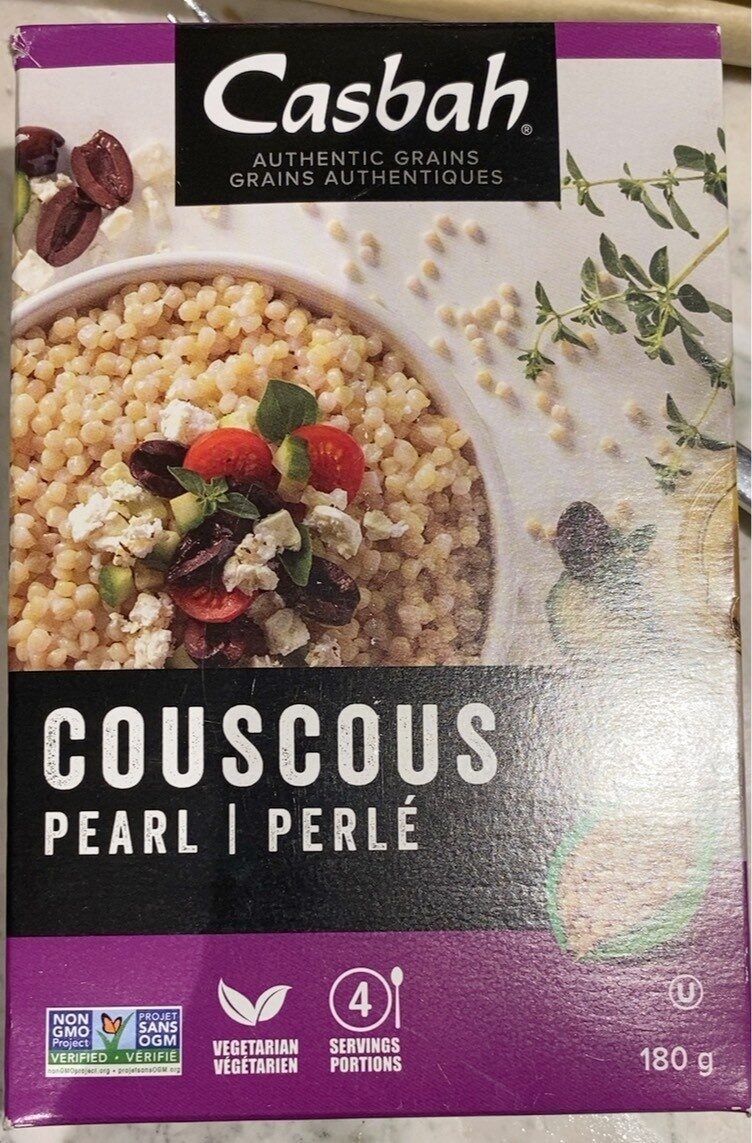 Around the world as well, unfortunately, some people (like chefs on TV shows) are moving away from calling it Israeli couscous – probably driven by a desire to sever all possible possible ties to Israel. Instead, they’ve taken to calling it “pearl couscous,”  as this company has done:

These may be the same folks who are trying to get us to call Jerusalem artichokes “sunchokes,” no matter how awkward it is for every single article about “sunchokes” to have to say in parentheses (“You probably know them as Jerusalem artichokes, but we are too chicken to get political with our food language.”)

In fairness, in the 1930s, the Academy for the Hebrew Language here in Israel ALSO tried to get people to stop calling them Jerusalem artichokes. Not because of any kind of anti-Israel position (Israel didn’t actually exist yet!), but simply out of their nearly-insane passion for preventing the contamination of the language by foreign words. In this case, they tried to accomplish that by coining the catchy name  אַגַּס-הָאֲדָמָה / agas ha’adamah, meaning

“earth pear.” A name which has not caught on either in Israel or around the world.

(Did you know that Jerusalem artichoke is also known as “topinambur”, from the German? I didn’t! Also – full disclosure: I’ve never tried one.)

Whatever you call them – Israeli couscous, Ben-Gurion rice, pearl couscous – there are so many ways to enjoy them that I’m not even going to include a recipe (you’re welcome), but rather, invite you to just play. It’s really impossible to go wrong unless the water boils off and you burn them to the bottom of the pan.

I like to fry up an onion, toss in the couscous to toast it around a little, then add a can of finely-diced tomatoes and a little water (with or without veggie soup mix). Cover and let it boil for just a few minutes and you’ve got a warm, yummy after-school snack when the kids get home.

(If the kids are making it themselves, be aware that they may wander off and it WILL burn to the bottom of the pan and it will be your job to clean it up later…)