Two super-quick tricks for the most awesome cabbage rolls! 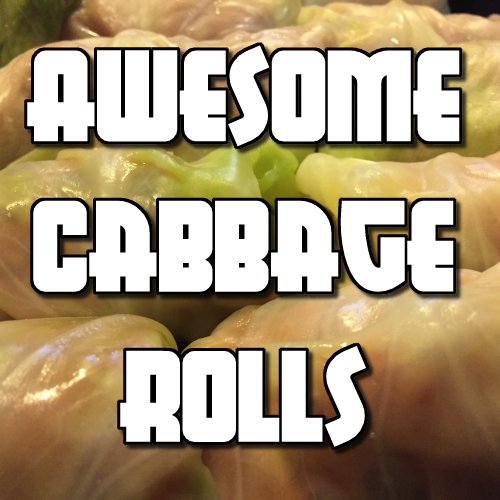 Cabbage rolls… I admit it, they used to be a big YUCK from me, but they’ve really grown on me over the years.
Think of them as Jewish sushi… heated up… in tomato sauce…?
Okay, maybe not.
But I hope these quick tricks will have you thinking twice about maybe throwing some cabbage rolls into your family’s mix.
This post is exactly what it says: two tips that will save you a ton of time.

Cabbage rolls are so totally forgiving, I'm not even going to give you a recipe. To make them, just mix up a bunch of meat with some parsley, salt, pepper, eggs, maybe rice if you like that sort of thing, and roll it into balls. (Omit the meat and just roll up rice for a veg/vegan version, as I do for NR!). Wrap balls in cabbage leaves, place on a bed of cabbage leaves in the pan (these don't get served or eaten, they're just there for flavour / moisture), and bake with your choice of tomato sauce / ketchup / brown sugar / ginger ale / garlic / sweet & savoury combo in the oven until the balls are cooked through (about an hour if the meat is raw).

There -- not a recipe, just a great technique for making a pretty nice-looking Ashkenazi staple quickly and easily. And like I said, there are two secret trips that will have you rolling these like a pro.

(If you want a recipe, I have used this one in past.)

I didn't used to love cabbage rolls, but once

I started going to people who served them, in my mid-20s, I kind of gradually got used to them, to the point where, if not a regular guest on our Shabbos table, they are comforting, friendly, and familiar. I think my mother used to make them when we were growing up, but there was always a child-friendly alternative for us picky kids.

For my own kids, I don't provide a child-friendly alternative. Because what I've discovered is that even if kids think the cabbage is gross -- the meatball part inside is still moist and yummy. So don't give your kids a choice. Just peel off the cabbage and give them a nice juicy meatball in sauce.

(My own cabbage rolls for Shabbos before going into the oven. Regular on the left, veg version for NR on the right.)

And with these two tips, you'll be throwing your own delicious cabbage rolls together in no time. Ready?

Back when I was a cabbage roll novice, I tried to pull the leaves off the cabbage head one at a time. This was DUMB, period. Now it seems obvious to me, but I suspect others out there might not realize and are attempting to do this with raw cabbage heads.

What you want to do instead is bring a whole bunch of water to boil in a large pot with a little salt. While it's coming to a boil, CORE your cabbage, meaning cut out the cone-shaped section from the middle (where it grew when it used to be a plant!).

Be careful when you cut the core. I stab it a few times around to get it started, then join the cuts together. You don't want to stab it too hard because you could end up stabbing yourself. The video here makes it look really scary, but it honestly isn't. (I wish she didn't make it seem so laborious!)

Once it's cored, I plop the whole head in the boiling water and close the pot for about 10 minutes until the outer leaves have softened. Then, I reach in with tongs and pull the leaves off one by one.

The best way to do this is to grab the SPINE of each leaf and gently, gently wiggle it free. If you've cored the cabbage well and boiled it long enough (I think technically this is called "blanching"), it should come off without a struggle.

Here's a kinda-helpful video. But she 1) pulls off the leaves at the end, which I think is harder, and 2) makes it look super-tricky, which it really isn't.

Remember the spines you used in Tip #1 to pull the leaves out one by one from the boiling water?

Well, it turns out they get in the way and are hard to bend, make it really difficult to roll the cabbage rolls.  Before I figured out this technique, they were always getting in the way when I tried to roll up the cabbage rolls! They make them almost impossible to roll, plus the icky cabbage spines are kind of gross and annoying to eat.

So -- once you've pulled the leaves off the head, and they've cooled down enough to handle, just slice those spines right off. Throw them away, nobody likes them anyway. And presto, you have a nice smooth leaf that is much, much easier to roll. Careful when you slice, because the cabbage is soft and you don't want to actually cut a hole in it, just remove the spines.

Whenever you’re portioning out meat, whether to make cabbage rolls, hamburgers, or whatever, if you need to get a certain number (like if you only have 12 nice cabbage leaves, or 8 people need burgers), divide up the meat like a clock face. Push the meat down firmly into the bowl so it’s well-packed. Then, just cut it up like a clock face, according to however-many rolls you want to make:

When I first discovered this technique, it was a revelation. Instead of having too many leaves or too few or fiddling to have it come out even, I could just portion it all before getting started. You could also use this technique for other things that need filling, like blintzes, fruit-filled pastries, etc. In this case, I had room for nine nice-sized cabbagey meatballs in this tinfoil pan, so that’s how many I divided the meat into:

And here they are… all ready for saucing up!

Cabbage roll image in the header © 305 Seahill via Flickr

Oooh – I actually did get a few shots of mine after all!  So in fact all the other pics ARE my own.  And my family is looking forward to yummy meat and veg cabbage rolls for Shabbos.

Hope you enjoy these tips!  I'd love to hear about YOUR winning cabbage-roll recipes. Let me know in the comments!!