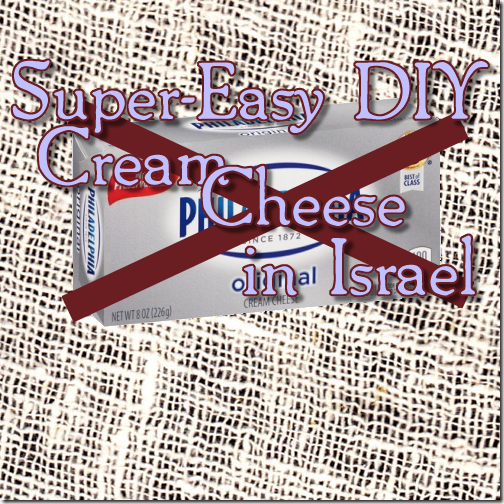 Cream cheese can be a hit or miss affair here in Israel.  Sure, some brands are okay for eating, but where the native product fails is usually when it comes to baked goods that call for genuine cream cheese, as I discovered at Shavuos a couple of years ago.  It's too thin, too gummy, too shiny, whatever.  It's just... WRONG.

In case you’re wondering, sour cream is called “krem gevina shamenet,” and as you can see, there are lots of flavour choices… 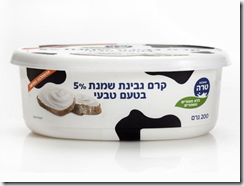 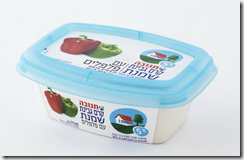 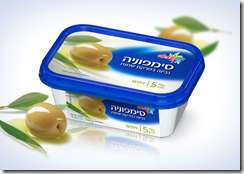 …but none of them are anything I’d want to bake into a cheesecake.

But then this year, I found out I could make my own.  And not only does it taste great, it works perfectly in recipes!

I won't bother calling it a RECIPE, because it's too easy to be a recipe!

It only works if you're in Israel, simply because you can’t get Israeli dairy products here.  Then again, if you're outside of Israel, you can probably just buy Philly.  The truth is, you can buy Philly here in a lot of places as well, as well as some good brands that substitute reasonably well.  But if you're turned off by additives like stabilizers or whatever that you might find in commercial cream cheese, and want a quick and easy dairy cheese that's made with just two ingredients -- milk and salt -- (or if you just enjoy making your own things!), you'll absolutely love this recipe.

Not only isn't this a recipe, it also isn't MY recipe.  I got it from my friend Tzivi, who has almost the same name as me.  Just want to give credit where it's due.

You need cheesecloth and you can't be afraid to cut it up and use it (or a cheesecloth or fine mesh bag, something I haven't experimented with but hope to start soon--less waste if you can rinse and reuse it).  Beyond that, it's almost too simple.

The main ingredient – the only ingredient if you don’t count salt – is Tnuva Shamenet Chamutza 15%.  Shamenet Chamutza is kind of Israeli sour cream; make sure it's chamutza (sour), not metuka (sweet shamenet), which is like half and half.  I am saying Tnuva because I used Tnuva; this would probably work with any brand. 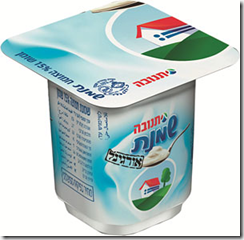 Honestly, I'm usually in a hurry and have never left this longer than 24 hours.  The texture is just fine at that point, both for baking and for spreading on bagels (the kids did that today). The flavour might improve if left longer, but I have a teenager who worries about "moldy" things, so I don't want to push my luck.

These photos aren’t mine, but show you how simple the process is.

Spread out the cheesecloth in a colander, dump in the shamenet mixture, and hang. 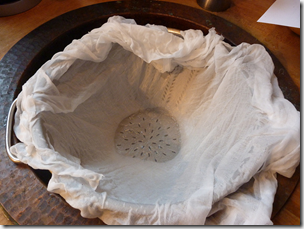 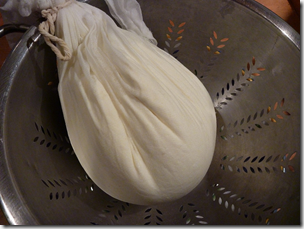 Lots of people seem to like hanging from the kitchen faucet, at least overnight when they’re not using it. 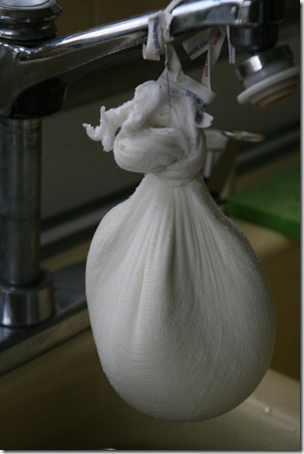 I just hang mine in my shower stall, where I have a hook specially for this purpose.  I keep a bowl underneath but it stops dripping rapidly after a couple of hours.

4 tubs of Tnuva makes quite a lot; I'd say maybe half a pound?  More than a standard block of cream cheese, though not quite enough for a recipe that calls for 2 blocks.  If you want that, just double the recipe.

Once it's done, take it down, stir in whatever add-ins you love (fresh garlic and dill, anyone?), roll it into blintzes, or whip it into a real down-home American-style cheesecake.

This is what mine looked like when I took it down on Friday to make a blintz loaf using homemade cheese for Shabbos.

I'd love to hear what uses YOU find for this yummy, yummy cheese!