After however-many hundreds of years, it's not often that you come across a NEW way of making challah.

So when Seth Brandes shared his "dad hack" for making challah "without messing with braiding the dough," I passed it on earlier this week. (Why isn't anything moms do in the kitchen considered a hack?)

I also decided to try it out.  Instead of my usual portioning, balling, rolling, snaking, and braiding steps, I formed the dough into elongated ovals and got ready to go to town.

With my trusty bench scraper (one of my Three Essential Bread Tools!), I then hacked up the ovals into the form of braids.

I think I hacked the first one too deeply, cutting all the way through to the table.  The second one seemed like it wasn’t cut deep enough, so I feared I’d lose the “braid” effect, and the third, just like in Goldilocks and the Three Bears, seemed just right to my inexperienced eye.

Number One:  Cut too deep? 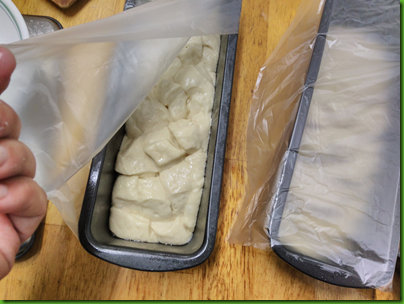 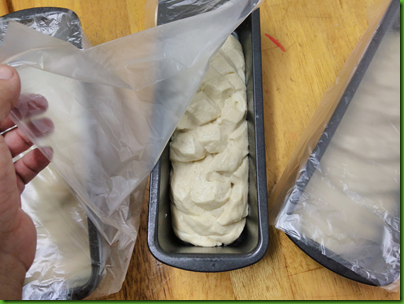 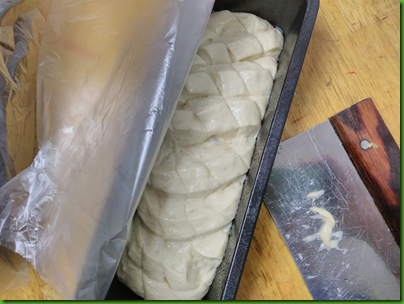 Because I was working with a pretty soft, wet dough, I decided they’d rise better in these nice little English cake size loaf pans I bought on AliExpress not long ago (I’m surprisingly pleased with their quality).

(“English cake” size, which is longer and thinner than a standard loaf pan, is better for my tiny Israeli oven because I can easily slip three inside by side.)

They rose pretty nicely, and the “braids” stayed distinct… 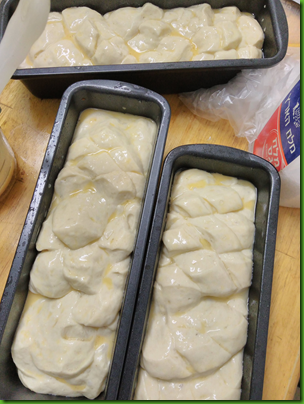 A quick brush with egg, poppy, and coarse salt, then it was time for the oven… 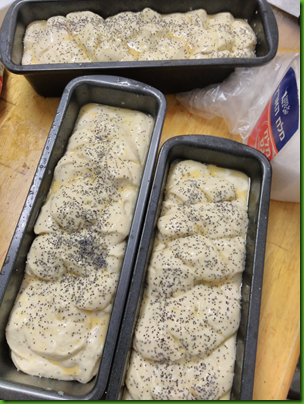 (Here, Number One is on top, Number Two on the left, and Number Three on the right…)

…And here’s how they turned out: 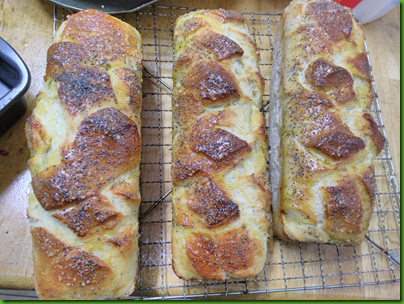 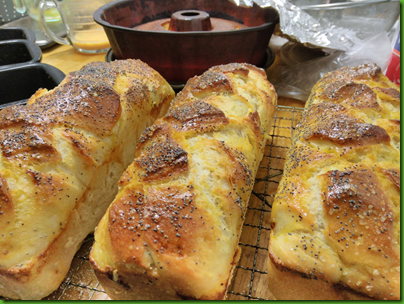 So I’m a little underwhelmed by the results.  But I saw pictures from someone else on Facebook who got very good results.  I suspect my challah dough was too soft and too wet to really get best results from this technique.  It was even wetter than my usual mess because, planning to be out most of the day, I started the challah process early yesterday morning with a sort of biga starter.  And then I rested the finished dough overnight, as usual, so it was bound to be quite soft and moist.

With a drier, firmer dough, I think the “braids” would both round out better and keep their shape better as the challahs rise and bake.  So that’s what I’m going to try next time.

I didn’t bother keeping track of which challah was which because they all turned out pretty much the same.  Still – I plan to revisit this, maybe next week, with a firmer, drier challah dough.

Have you tried the “dad hack”?  And do you have a “mom hack,” whether to make challah, or in the kitchen in general – if so, share it with the rest of us!