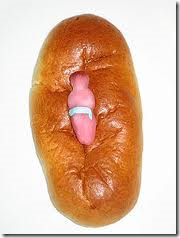 Someone asked over Yom Tov how long I’ve been making challah.  I thought it was a weird question, but the consensus is that it’s a perfectly FINE question and I’m just overly sensitive.

But it’s true:  there WAS a time I didn’t make challah.  Before Elisheva was born, for sure I didn’t.  I hade made some truly bad breads, inspired by the “healthy-over-flavourful” aesthetic of Diet for a Small Planet:  breads with extra milk powder, extra whole wheat, extra dry, extra hard, extra… hmm.  Awful bread.

Around about when Elisheva came along, when I was living in Calgary, it wasn’t so easy to get fresh challah every single week (though, to be fair, there was a kosher bakery there in those days), so we would buy ready-made bread dough.  But I think, sometimes, I would make some from scratch, too.  (maybe in my food processor?  or maybe that came later, with the Cuisinart…)

Certainly, I noticed early on that people were very IMPRESSED with homemade bread.  Including me:  even if it didn’t taste perfect, it was a darn sight better than day-old or even some bakery-fresh challah.

When I stopped working, before Naomi was born, almost 7 years ago, I must have decided to make challah every week if I could.  Because I feel like it’s been almost non-stop since then.  Perfecting my basic “reliable challah” recipe, and then – more recently – branching out and inventing variations, or, in a slump, trying out something completely different.

It’s been fun.  It’s been eye-opening. 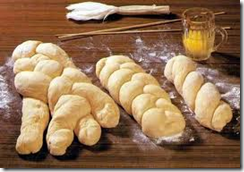 Here’s what I realized, as we were talking about it in the sukkah last night:

I am MORE LIKELY to make my own challah in weeks that have been difficult, even impossible:  like two days after Pesach, or after childbirth, hobbling around on a broken ankle, or stranded away from civilization up at the cottage.  (when I was still in a cast with a broken ankle!)

When life is crazy, making challah grounds me.  The strands surround me.  If religion truly means “re-ligare”, or binding back*, if breads of various cultures have long been used to represent swaddles and papooses, then challah is the swaddling-cloth that wraps me up, holds me in, keeps me safe.

I wrap it, soft and pliable, unpredictable, twist it, form it around myself and my life, whatever my life happens to be that w 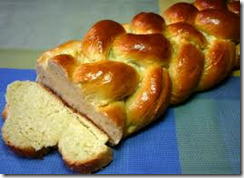 eek.  And then it bakes, golden-brown and solid; knowable – eternal, if I were to shellac it as artisans do with their most elaborate specimens.

These are not breads so much as they are memories; the days and weeks of my life, passing, immortalized, in my family’s belly.

I didn’t say all that at the yom tov table.  I think I just shrugged and said “I don’t know.”  But now, at least, I do know – and the answer, to me, was fascinating.

* (there is controversy over this translation, but this is how it’s rendered by Ari L. Goldman in The Search for God at Harvard, among other sources)

p.s.  None of the breads pictured here are challah.  From top, they are:  cougnou, vanocka and hefezopf.  But you know what they say:  “a challah by any other name…”