Less and less yeast each week…

I’ve been making the same challah for a couple of months now because it’s SOooo yummy.  My challenge (to myself) has been incorporating as much 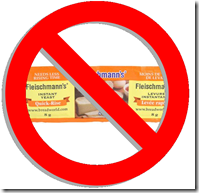 sourdough as possible, decreasing the commercial yeast a bit more each week.

I haven’t really said much about this challah recipe yet.  It’s based on this one, but I use sugar instead of honey, and I leave out the egg.  I found it when I was searching for a sponge-based challah, and it seems like the ideal way to incorporate a sourdough, because it gives the starter lots of time to get going overnight.

This week, I wanted to make exactly THREE challahs, so I multiplied the regular formula by 1.5…

I’ve set up a spreadsheet to let me figure out how much of my 60% starter I can substitute in a recipe that either calls for another type of starter – or no starter.

In the case of this challah recipe, the original calls for no starter, so I decrease the flour and water quantities relative to how much is in the quantity of starter I put in.  The spreadsheet figures this out automatically:  I just measure everything out the way it says.

This week, I ended up with about 165g of useable starter – that’s the only quantity that doesn’t change in the spreadsheet, because I have however much I have after resuscitating it from the fridge for a day or two.  If I was making a bigger batch of challah, I’d increase it more.

Here’s the formula the spreadsheet spit out this week, to make 1.5 loaves of challah (see all the 1.5’s?).  Every number here will change depending on the starter quantity and hydration.

Although this says 1.5 tsp yeast, I was feeling macho and took it down to one teaspoon.  Unfortunately, my starter wasn’t feeling as macho as I was, and with the wintry-cold house, the sponge took forever to start bubbling and being active.

On Friday morning, I add a few cups of bread and all-purpose flour – just enough to make a kneadable dough, and by kneadable, I mean that it’s still VERY wet, but I use the scraper to help bring it together without the whole thing adhering to the table.

The dough was also quite sluggish on Friday – a bit of a challenge for an early Shabbos.  (Once Shabbos gets back to around 6ish, and the weather is a bit warmer, I’m going to try bumping the commercial yeast down to zero and the sourdough up as much as I can… perhaps with a backup challah in place just in case!)

Nevertheless, despite some initial concern that the loaves were too heavy and perhaps under-risen or under-baked – well, they were slightly under-risen, but baked to perfection, and delicious nevertheless.

Instead of flour, I have started using oil when I portion it and roll out the “snakes.”  I think it helps keep the braids separate and lovely, and indeed, after tons of practice my Maggie-Glezer-style four-braid challahs are looking consistently decent.