I used Auntie Sally’s challah dough to make the buns themselves.

The sticky layer recipe is from here.  No cinnamon, just sticky. 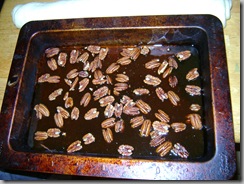 Cinnamon filling recipe is here! (scroll down to “cinnamon smear”)  We were out of brown sugar by that point, so I subbed sucanat (evaporated sugar cane) in the filling.  You can see that it didn’t spread as well as a result. 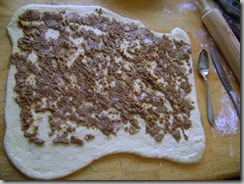 I substituted Earth Balance in both recipes to make it both pareve and slightly nutritionally responsible.

Now, just roll it up and slice – thin, thin, to fill the pan! 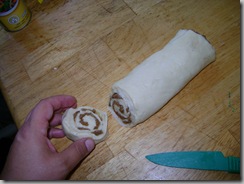 Lay the buns out in the prepared pan. 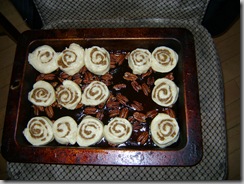 Now just set it in the fridge until tomorrow, bake and enjoy…! 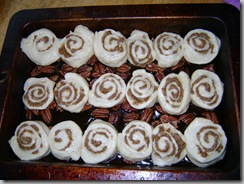 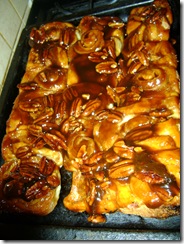 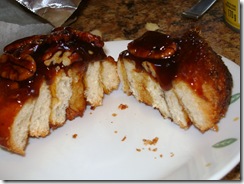