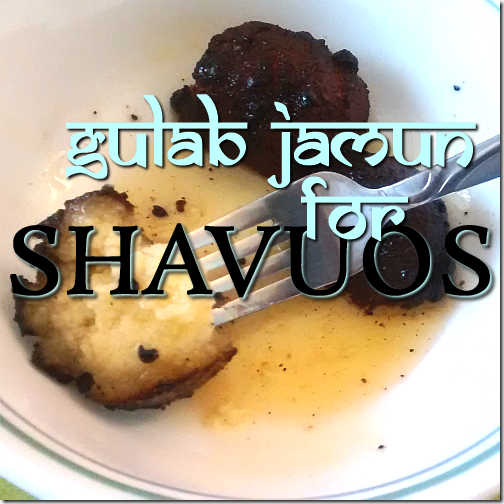 What the heck are gulab jamun???

If you love Indian food as much as I do, you probably already know.

I grew up eating a lot of Indian food, and once I started keeping kosher, I missed it most of all.  More than Chinese, Thai, or KFC put together. (Maybe not more than real dim sum!)

When I was a toddler, my father flew to India with an Indian friend and had the time of his life.  He came back with a pair of lovely white linen "day pyjamas" that he'd save for special occasions, a love of delicate nose piercings and an insatiable appetite for Indian food.

(For some weird reason, my father hated ear piercings for girls but told me as I grew up that it would be just fine if I got my nose pierced.  And indeed, he didn't flinch when I eventually got one.)

Ah, but Indian food.  Fortunately, that was one appetite which he shared generously with us (except his love of okra).

Since moving to Israel, I've been on a quest for good Indian food here, which has not really gone well.  There was a place in Jerusalem for a while, but apparently it is no longer under hashgacha.  The food wasn't THAT great anyway, at least, not compared to the Coxwell & Gerard corridor I used to haunt in Toronto before I started keeping kosher.

Most Indian food is easy enough to replicate at home.  Sometimes, I make various curries, samosas and more.  When I took the big kids to a kosher Indian restaurant in NYC, my daughter took one bite and said, "You make better Indian food than this."

So they became my Shavuos tradition, and have been ever since.

They might not look like much, but they are powerfully dense and rich.  Like donuts, which are usually nearly sugarless, almost none of the sweetness comes from the balls themselves.  Instead, they are triply milky, from the combination of lots of powdered milk mixed with a little liquid milk and butter (and flour). 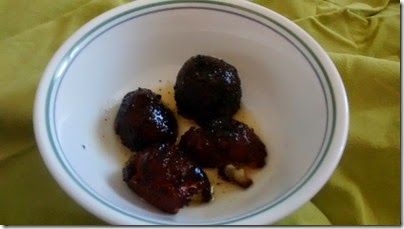 They're super-easy to make, but demand a few ingredients that don't come to hand easily in an Israeli kitchen:  milk powder, for example, and Bisquick.  (Yes, that's authentic.  Most Indian websites recommend using it!)

Luckily, it's easy enough to use Israeli margarine to make "fake Bisquick."  Here’s the recipe I used.

But you can’t fake milk powder.  So a few weeks ago, I ordered some from an online supplier, sat back, and hoped for the best, both in terms of delivery time and that it wouldn’t be opened at customs.  It arrived with no problem.  Yay!

Before you make the balls, prepare a simple sugar-water syrup.  Then, deep-fry the balls and toss them into the syrup to soak up the goodness.

You can flavour the syrup with rose water or cardamom (both easy to get here in Israel) for a more interesting flavour. 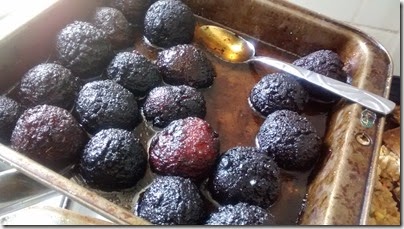 How to make them:

* TESTING THE OIL:  Drop in a “trial” ball.  If it starts to crack, turn the heat down.  If the ball does not float within seven minutes, increase the heat.  Balls are done when they float to the surface. 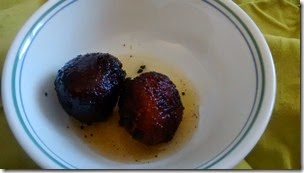 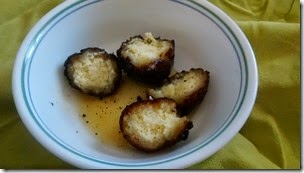 These ones look a little underdone in the centre, but the texture becomes slightly more “final” as it absorbs the sugar water syrup in the fridge.

p.s. If you’re looking for something dairy-based but a little more Ashkenazi-traditional, this blintz loaf also turned out beautifully!