The taste of s’mores in Israel 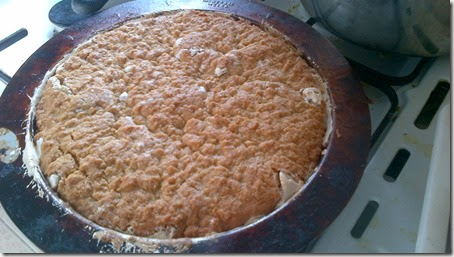 Quit kvetching.  At least, that’s what everybody says when I blog about the problems I’ve had baking here in Israel.

Which, just to recap, range from teeny tiny oven in small, hellishly-hot kitchen, to weird fake ingredients (tzimkao, vanillin sugar), to things that are missing altogether or wildly expensive (maple anything, corn syrup).

Fair enough; you’re more likely to be successful in your aliyah if you adapt quickly and learn to savour the wonderful foods that can be found here, rather than moping about what you miss from “back home.”  In truth, I don’t even say the words “back home” because this IS home.

But one thing I’ve found myself missing – heaven help me! - is the taste of s’mores.  Particularly the delectable S’mores Bars in this pareve recipe.  Cleverly, these bars recreate the gooey goodness of s’mores in a versatile dessert-bar form.  After searching for a perfect “s’mores dessert” for a whle, I finally discovered this recipe and have now made it many times over the last few years… (you can peek at them in this post if you scroll down)

Almost everything about the recipe was perfectly do-able in an Israeli kitchen… except the graham cracker crumbs which make up a large percentage of the dry ingredients (by replacing some of the flour with graham cracker crumbs, you recreate the taste of the cracker part of the s’mores without compromising the delectable cookie dough texture).

Happily, although graham crackers are nowhere to be seen, my husband brought home two hard-to-find imported American pie crusts before Shavuos.  I let him bake his cheesecake in one, but I already knew what I would do with mine… S’mores Dessert Bars.  Especially because he brought home two jars of real American-style marshmallow fluff in the same haul.

There’s not even a WORD for Graham Cracker in Hebrew.  Or, for that matter, pie.  (The closest I’ve found is Pashtida, which is not at all the same.)

This imported crust, bought specially from our local “trayfe” supermarket (so-called because they have many trayfe products, so you have to look carefully for a hechsher) is labelled:  Baked Tachtit (bottom) for “Pie.”  (in Hebrew, פאי). So after all the effort of importing the crust, sourcing it, buying it, and (for my husband) shlepping it home intact… it felt more than a little sacrilegious smashing it up into little teeny morsels.